WHAT YOU NEED TO KNOW ABOUT SALT LAMPS!

Himalayan Pink Salt lamps are essentially large pieces of pure Himalayan Salt with a small bulb inside. They can be solid pieces of salt or decorative baskets filled with large crystals of salt. They offer a nice warm glow when lit and may be beneficial for indoor air quality.

Salt lamps may not be the negative ion generation panacea they are made out to be, but we have them in many rooms of our house for other reasons:

Probably the most well-known benefit – and why the majority of people use them – to remove dust, pollen, cigarette smoke, and other contaminants from the air.

Himalayan salt lamps would filter dust, mold, mildew and pet dander from indoor air. Just as a nasal saline spray uses salt to clear airways, they help to relieve allergy symptoms of all kinds. Those who struggle with asthma also claim to benefit from Himalayan salt. It is such an effective breathing aid that certain manufacturers have produced Himalayan salt inhalers targeted toward sufferers of asthma, bronchitis and other respiratory issues.

When the Himalayan pink salt lamp heats up and begins its hydroscopic cycling of airborne particles, it also changes the charge of the molecules which are released. (Remember our chemistry lesson?) The majority of homes are filled with positively charged ions which aren’t particularly good for a person’s health. A number of things will create , but the primary source for most of us is from our electronics.

One of the health detriments of breathing lots of positive ions in the air is that the cilia (microscopic hairs), which line the trachea (aka: windpipe) become sluggish and don’t work as well to keep contaminants out of our lungs.

As a Himalayan pink salt lamp absorbs water and particles from the air, it also takes positive ions with them. Then, when the heated salt releases cleansed water vapor back into the air, it also expels negative ions which have the opposite effect on our airways , increasing cilial activity to keep your lungs clear.

What all this means in a nut shell: Besides removing contaminants from the air, Himalayan pink salt lamps also help your body to filter air more efficiently ,so any foreign particles you do happen to breathe won’t make it into your lungs. 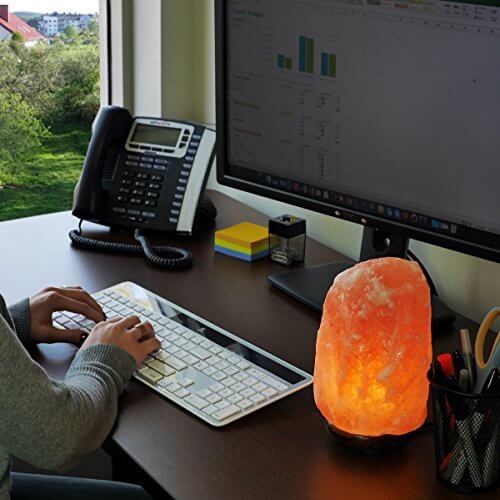 Everyday appliances such as televisions, cell phones, computers and tablets release positive ions into the air constantly. These and other common electronics can cause an overflow of electromagnetic radiation (EM), which, although invisible, to cause some serious long-term effects.

Over-exposure to positive ions reduces the brain’s blood and oxygen supply, which can lead to irregular sleeping patterns. The negative ions from a Himalayan salt lamp can reverse this effect, making them a popular sleep aid. Also, in direct relation to chromotherapy, the soothing light can help people who suffer from insomnia.Keep one or two around your bedroom to improve the air quality so you can get a better night’s sleep. 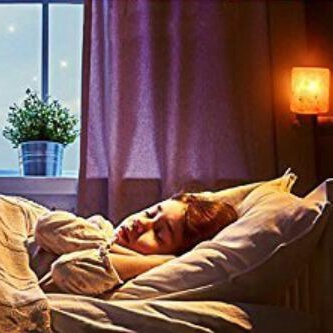 Particular studies have suggested that negative ions, such as those emitted by Himalayan salt lamps, can accelerate blood flow. This boost helps to improve several disorders of the vascular system and can prevent certain damage to the lungs.

We can use Himalayan salt lamps as an aid in color therapy (chromotherapy), an alternative method of diagnosing and treating a large number of illnesses.

They produce a soft light in hues of ambient orange, yellow and red that helps with stress, attention deficit disorder, and general relaxation, among others. The serene light could balance physical, spiritual and emotional energies.

Last, but not least: Himalayan pink salt lamps are environmentally friendly. The base of an HPS lamp is generally carved from a sustainable wood such as neem. Some lamps use a low-wattage bulb which consumes very little energy while others are powered by a lit candle. 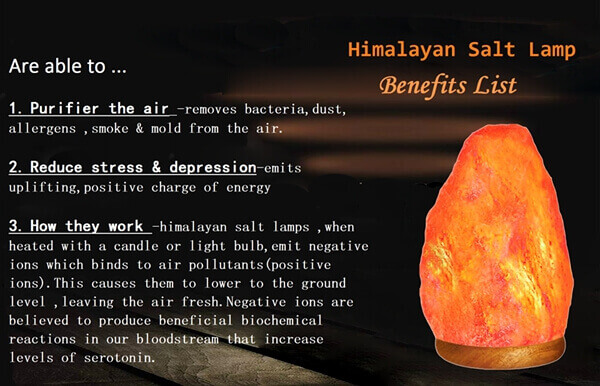